The most southeastern state of the United States is a land with numerous theme parks, endless beaches and plenty of entertainment. Florida is suitable for both family holidays and for having fun with friends – every year thousands of travelers come to Miami for new sensations. However, the number of attractions that are also worth visiting in the state is just incredible – each of them is unique and interesting in its own way.

Want to explore them by yourself? Then pick up a car from Avis at PIE airport and get ready to check out the following places… 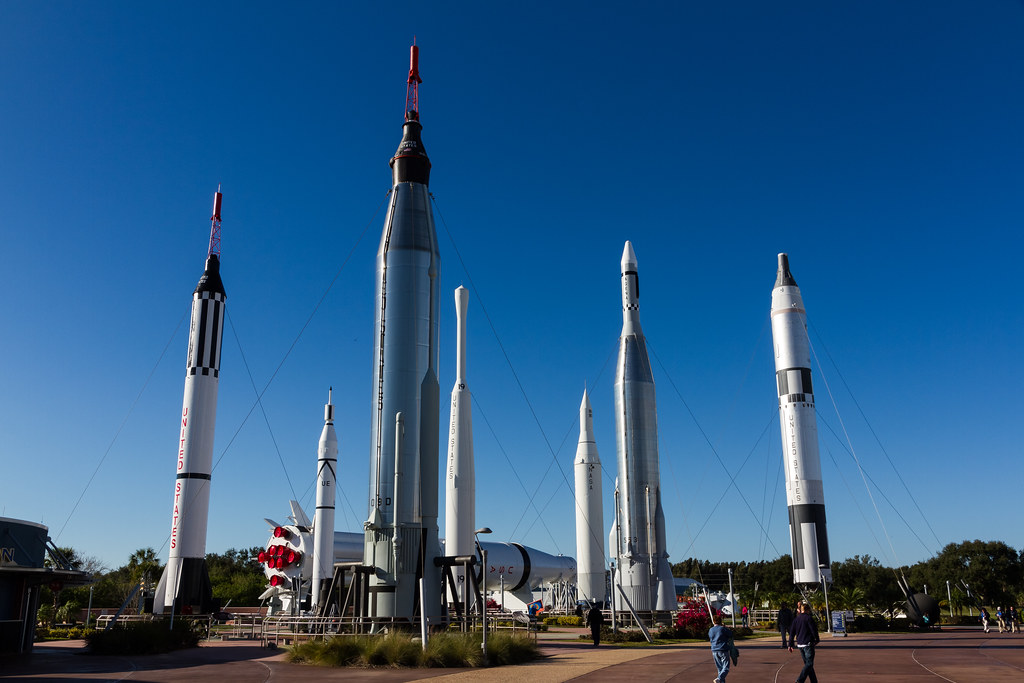 Having established Kennedy Space Center close to entertainment venues and noisy beaches with night discos, Florida authorities were able to combine business with pleasure. It’s open for tourists and offers a guide. Walking is not allowed – you can only explore the space center on the tour bus. 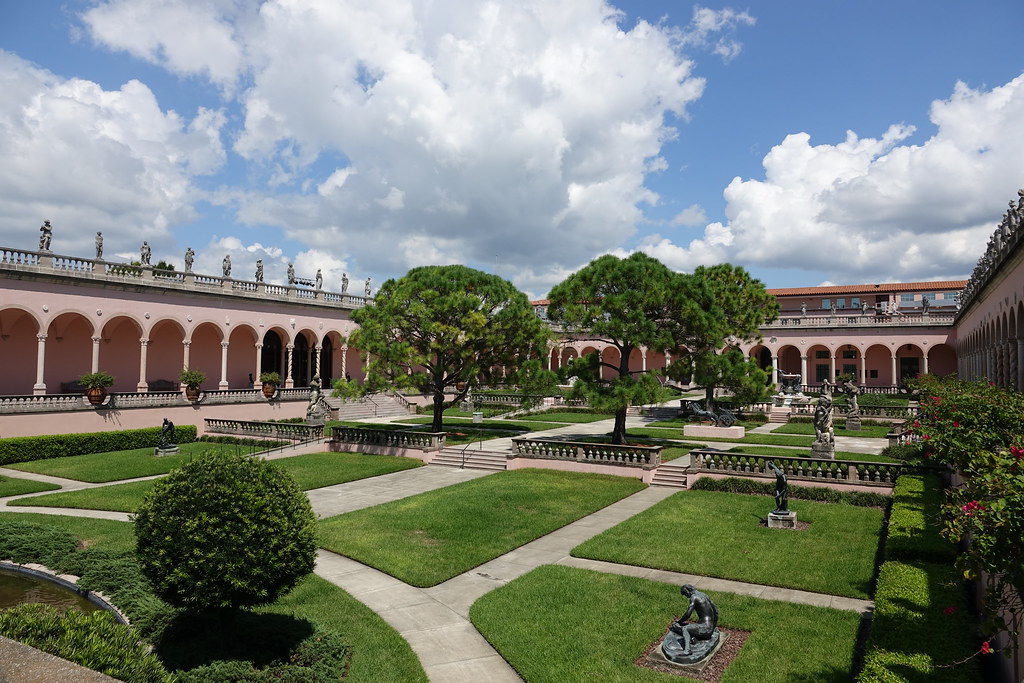 The Museum of Circus Baron John Ringling and his wife Mabel is one of the main attractions on the coast of the Gulf of Mexico, which includes John’s personal art collection.

The museum provides visitors with the documented theatrical successes of a circus artist, and the luxurious Venetian Gothic house displays the extravagant tastes of an impresario. Coral Castle became the embodiment of the eccentric plan of an American of Latvian origin, Edward Leedskalnin. This complex is not so much a castle, as a cluster of numerous megaliths, each of which weighs several tons. Currently, the castle is privately owned and serves as a bright and unusual tourist attraction of Miami-Dade County.

The history of Coral Castle is directly connected with the love story, and numerous legends envelop the castle. In 1984, Coral Castle was listed on the National Register of Historic Places.

The total weight of stone walls, furniture, decorative elements and the tower reaches 1,000 tons. Stones are bonded without using a mortar and stick to each other only due to their own weight. 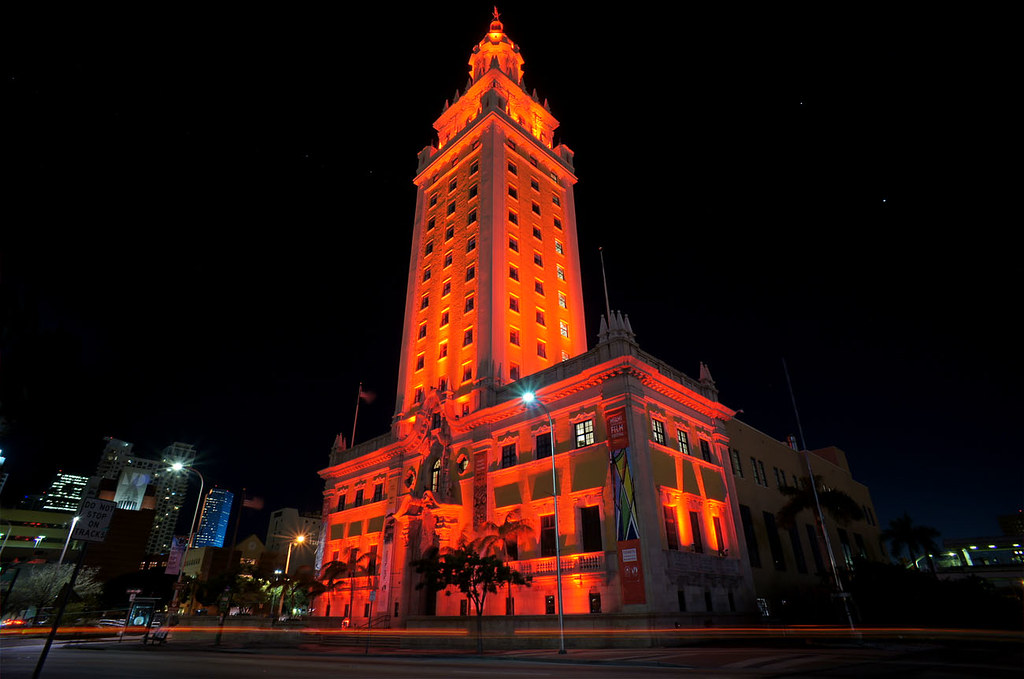 The 14-storey Freedom Tower was built in 1925, but despite its age, it remains the most recognizable and unusual building in Miami. In difficult times, the tower has become a symbol of freedom for Cubans.

The dome of the tower is decorated with a lighthouse installed at the height of 78 meters. The elements of the finishing structure were borrowed from the Spanish tower Giralda. Today, the Freedom Tower hosts art exhibitions, a library of Cuban literature, as well as an office of the National-Cuban-American Foundation. In fact, the admission to the cultural events is free of charge. 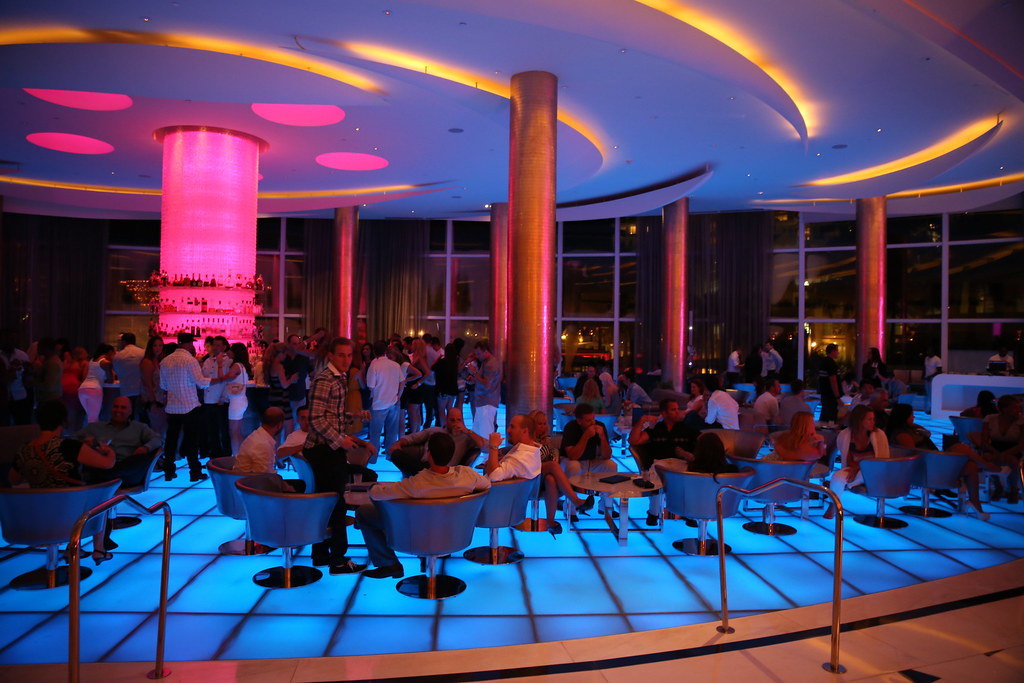 LIV night club is the most visited disco in Miami – it’s located on the southern coast of Florida. World-famous DJs and performers come there, and you can even see celebrities on the dance floor.

Unrestrained fun in the club lasts the night away. Especially LIV will appeal to those guests who like luxury and chic. The club is equipped with an elite VIP-zone and places for incendiary dances. 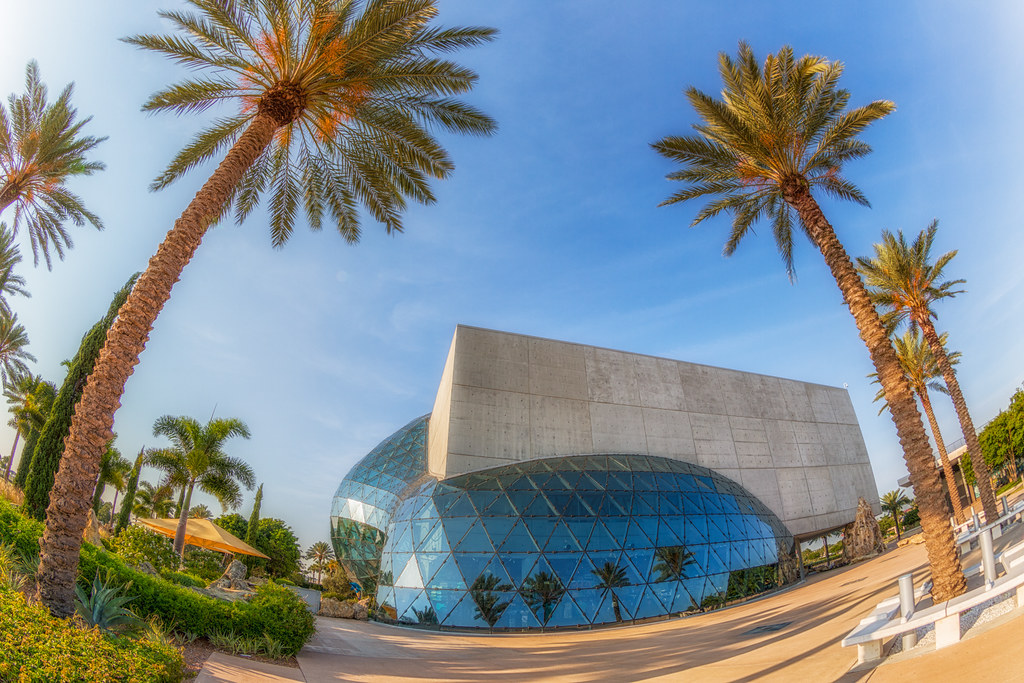 Salvador Dali Museum is a unique sight in Florida. The museum building attracts even with its appearance. An unusual architectural solution is presented with a convex liquid mass with 900 windows.

Transparent glass domes withstand frequent winds and hurricanes of the state of Florida. The wall thickness is 45 cm. About a hundred drawings by Salvador Dali are placed on an area of ​​25,000 square meters. The metal spiral staircase, which as if directed to the sky is particularly interesting. The museum has a shop where you can purchase copies of the museum’s exhibits and various souvenirs. 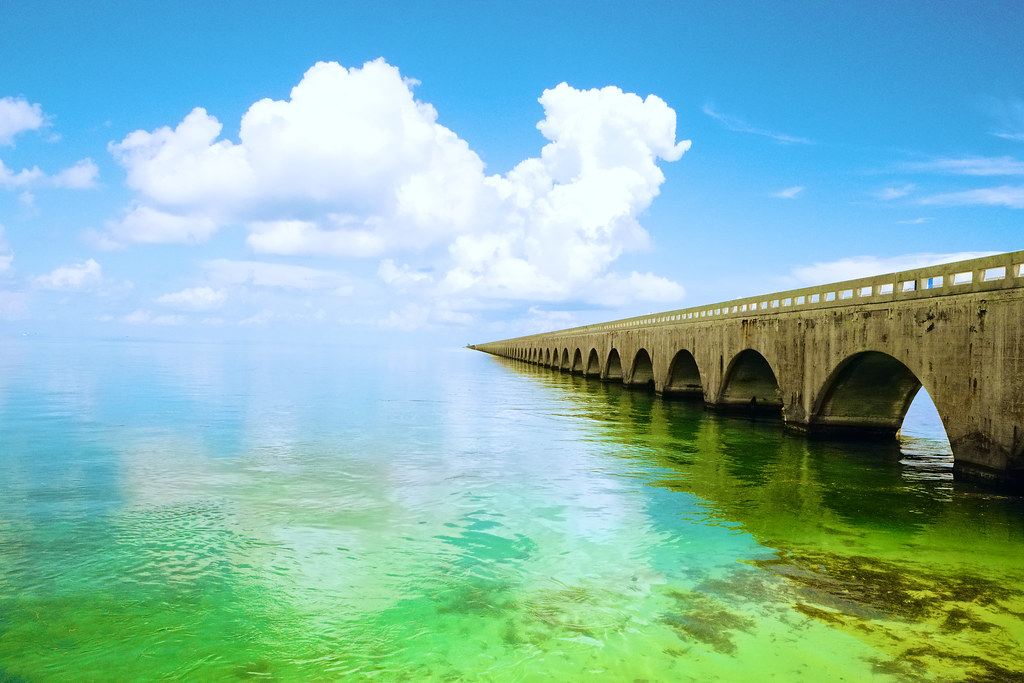 This archipelago is especially attractive to many foreign tourists due to its magnificent coral reefs, which stretch for many kilometers east of the mainland. All the islands are interconnected by a network of bridges and highways, so getting from the mainland from one island to another won’t be difficult.

So, what this place can offer for the ordinary tourist, except for beautiful views? Diving is very popular among visitors. The incredible beauty of the reefs, the abundance of local underwater flora and fauna make this place ideal for divers. If you for some reason don’t like diving, then magnificent beaches and the selection of activities at your service: excursions to uninhabited islands, canoeing, and excellent water parks are among them.

For the fans of good food and music, numerous cafes and restaurants serving delicious and hearty seafood dishes are open on the islands. Plus, the archipelago is replete with a large number of different clubs where you can dance or listen to the music of local music bands.